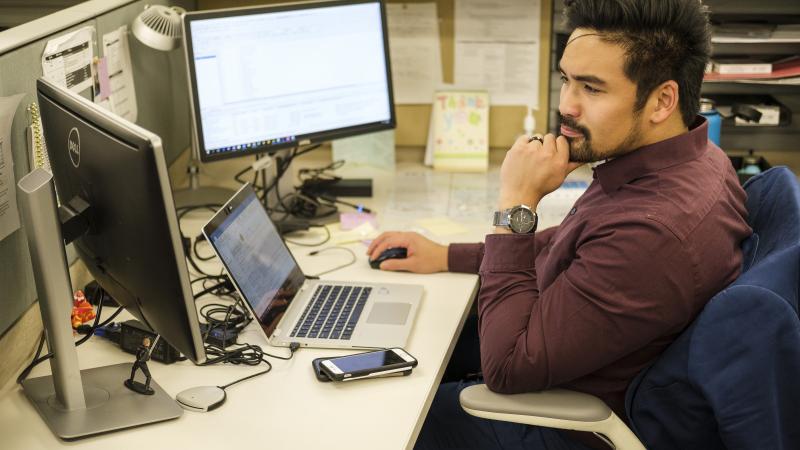 From the nation’s capital to the city of angels, Kevin Mitra (class of 2016) has worked in some of the biggest and most exciting cities as a technology consultant for Deloitte.

He spent almost three years at Deloitte in Washington, D.C. before recently transferring his Deloitte Home office to Los Angeles, where Mitra moved with his wife, Nabihah, for her career in the fashion industry. 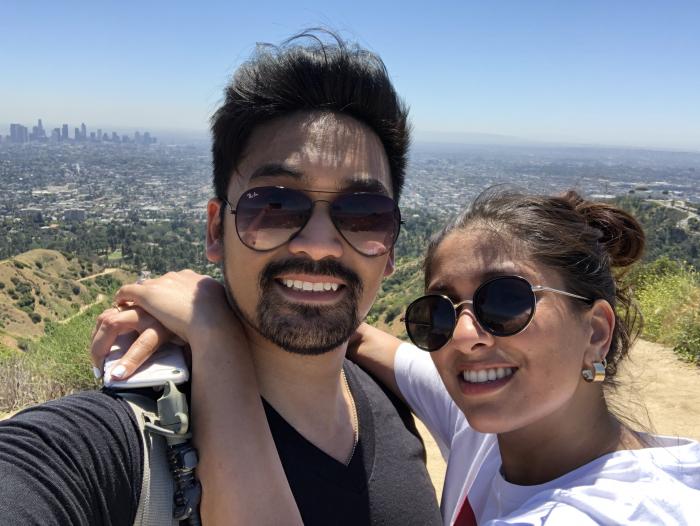 As a technology consultant, Mitra serves as a developer, an analyst and a project manager on any given day. He utilizes his Information Science and Technology (IST) degree every day on the job.

“I just worked on the implementation of the largest electronic health record system in the world for one of our defense clients. I guided them from an old in-house tool to something new,” Mitra said. “I also have clients that are large federal agencies, and I get to work on their financial data.”

Part of his job is to transform his clients’ finances so they can report and drive insights from their data and derive key financial metrics to drive the business forward.

“I think my favorite part of my job is working with the data and presenting my findings to clients and working with them to figure out what business need they have and align the technology solutions with their needs,” Mitra said.

Mitra credits his time and experiences at Penn State Lehigh Valley with preparing him for his current role.

“I really valued the mentorship I experienced on campus. You really get to know your professors and I found my professors invested their time in students. They taught me the importance of networking, helped me build relationships and navigate landing professional roles,” Mitra said. “Getting to experience the short-term study abroad courses in Peru and the Netherlands was profound for me. They gave me a holistic view of the world from a business sense and helped prepare me for my current work life where I serve global customers.”

Mitra has always been a citizen of the world. He and his family came to the United States from the Philippines when he was 12 years old, living in Chicago for 3 years and then moving to Pennsylvania. Upon graduating from Parkland High School in 2011, Mitra served in the U.S. Army for four years.

“When I got out of the Army, I came to Lehigh Valley campus thinking I would transition to another Penn State campus after two years, but I fell in love with it and finished my degree here,” Mitra said. “I always had an interest in technology, which drove me to major in IST.”