National Hispanic Heritage Month, which runs from Sept. 15 to Oct. 15, honors the cultures and contributions of both Hispanic and Latino Americans. Penn State Lehigh Valley is proud of its diversity and the significant population of Hispanic students enrolled. To close out National Hispanic Heritage Month, three PSU-LV students discuss their experiences and obstacles they have faced in pursuit of their education.

In sharing her experience, Gonzalez said she found that being Hispanic, people have always overlooked her, and she knew from a young age that in order to get where she is now, she needed to work harder than some of her friends. She is the first Gonzalez in her family to graduate high school, move on to college and graduate.

One of the best opportunities she has had as a Hispanic student was the summer before her senior year of high school, when she participated in the Fé Foundation (Futuros Empresarios), a nonprofit organization that takes Hispanic students throughout the Lehigh Valley and gives them business experience before college. During the program, students went to DeSales University to take business and life skills courses. In the course, groups created a product, a business plan and a presentation to the Fé Foundation Board before attending a four-week internship.

“During the program’s closing ceremony, my group was selected to present their business plan to all the parents, friends and Hispanic Chamber of Commerce members in attendance,” Gonzalez said.

Since the program, she has been invited back to speak at other Fé closing ceremonies, as well as galas hosted by the Hispanic Chamber of Commerce.

“I’m grateful for programs like this because I do not think I would be where I am today without it,” Gonzalez said.

Gonzalez said she is grateful to her mother for pushing her to be the best version of herself she can be.

“My mother is one of the biggest reasons I was even afforded the opportunity of being in the Fé Foundation,” she said.

Her parents are originally from Hoboken and Jersey City, New Jersey, but when they split, her mom decided to move to Pennsylvania in order to raise her outside the city environment. She cannot imagine what her life would be without her mother’s decision.

“Yes, there are obstacles, but I believe that those obstacles helped form me into the strong student and woman I am today.”

If Gonzalez could give one piece of advice to other Hispanic students, it would be to just keep pushing through.

“As long as you stay true to yourself and your goals, you will go far!” she said. 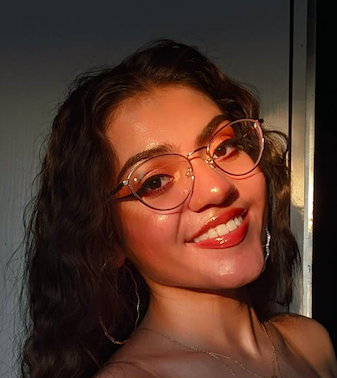 Hobbies: Singing, dancing and learning about art and art history

Velez said she went from attending a high school with a student body of more than 50% Hispanic students to attending a college campus with a less than 25% Hispanic population, which she said was both a culture shock and an obstacle. In high school, there were many non-Hispanic teachers who understood and celebrated the culture, even learning some Spanish to better communicate with the students and provide them with the resources they need.

Coming to PSU-LV was an adjustment at first. Velez said she has had to explain her culture to those who were not aware of it and has noticed this at other campuses she has visited.  She said as more schools are expanding their demographics and working to be more inclusive, it is a move in the right direction, but still only scratching the surface of multiple obstacles Hispanics have to face.

Both of her parents went to college for two years, and her brother is currently in his third year of college.

“To some, this might not sound like much, but for me and my family, this is a privilege few Hispanics or Hispanic families have,” Velez said.

Many Hispanic families’ parents and relatives did not come from this country and did not get opportunities for higher education. For a lot of Hispanic students, Velez said, it’s up to them to be the change and take advantage of the opportunities and privileges their parents, grandparents and many others before them didn’t have. To Velez, being a Hispanic student means fighting to become better and provide better with such little resources, all while trying to stay true to one’s home and culture.

“One piece of advice I would give to other Hispanic students is to stay true to your culture and take pride in it. Not only are you representing yourself, but your family, community and others like you; you will pave the way for you and for the future,” Velez said. 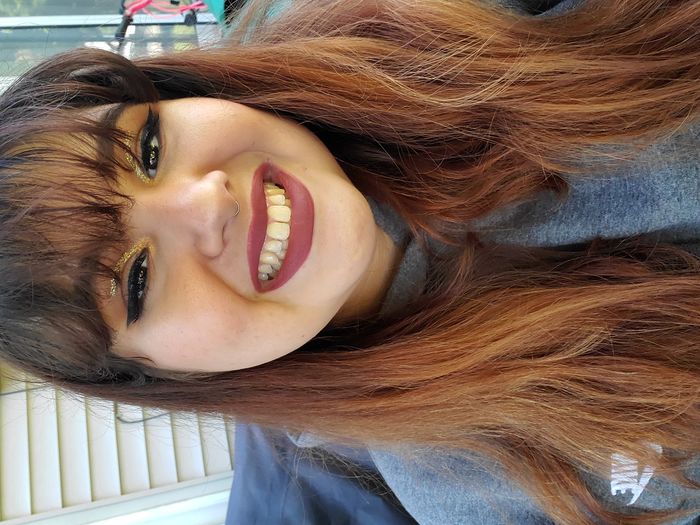 Hobbies: being creative — expressing herself through makeup or other art forms; reading a good book series, dancing around to good music, and spending time with her family

Pena was born in Venezuela. Her family immigrated to the United States when she was very young. Her father went to college in Venezuela and also attended the University of Florida on a scholarship. Her mother was born and raised in Ecuador, Pena said, under very different circumstances, which did not allow her to finish high school.

Growing up in a Hispanic household, the core value of family is immensely strong. Though both of her parents wanted her to go to college, Pena said, they did not want her to move too far away. But Pena on the other hand, said she wanted to get as far away from her hometown as possible.

“I wanted to leave, because around my senior year of high school I had come out to my parents as gay, and at first that did not go over well at all,” Pena said. “I also wanted to see different places and meet new types of people.”

Pena said, being Hispanic has granted her many great opportunities, allowing her to interact with many types of people. As a fluent Spanish speaker, Pena interacts with so many people in her community, which allows her to bond over shared experiences of migrating to the U.S.

On the other hand, Pena said, her Latinx heritage has also brought with it many challenges. She has had many people tell her that her success only stems from affirmative action, that she should go back to her country and that she needs to learn to speak better English.

Pena said she believes that many Hispanic students, including herself, cannot focus solely on school.

“Our parents raise us to put family above everything else, except God. Family always comes first, which means that if a family member needs you, you are expected to drop everything and figure out how to help. This can be challenging when you are living 1,800 miles away from them,” Pena said.

Pena said she loves her culture and her heritage because it is such a big part of who she is. To her, being a Hispanic student means working hard to make your family proud and to beat the odds.

Pena said she encourages other Hispanic students to just keep fighting and working hard, despite any adversities.

“It’s okay to take some time for yourselves. Sometimes we get so wrapped up in trying to be the best or to not disappoint our family that we forget that we need to care for our mental health first,” she said.

Over the past month, Penn State Lehigh Valley Student Affairs set up a Hispanic Heritage Display in Centre Hall for the first week of Hispanic Heritage Month and collaborated with five other Penn State campuses for a zoom presentation with Carlos Andres Gomez, a spoken word artist on Sept. 23.

To celebrate Hispanic culture and increase diversity programming on campus, one of the newest clubs at Penn State Lehigh Valley is HOLA: Hispanic Organization and Latino Association. HOLA encourages students of Hispanic and Latino backgrounds to join together for support and celebration. The club holds meetings to discuss relevant issues and identifies ways to educate the campus community on Hispanic and Latino cultures while promoting inclusion.