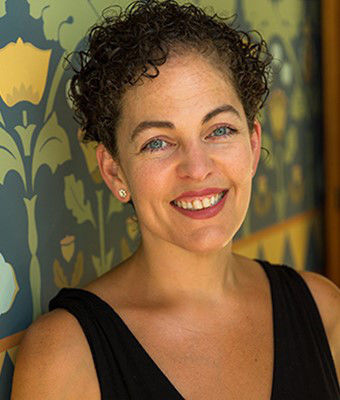 McCallum will give a reading from her book of poetry, “No Ruined Stone,” beginning at 12:15 p.m. in Room 135. The event is open to the campus community and the public.

Prior to the reading, McCallum will spend the morning meeting with campus English students, and she will be available to talk informally with members of the campus community between 11 a.m. and noon in Room 174.

Originally from Jamaica, McCallum is a poet who has authored six books and had poems and essays published in journals, anthologies and textbooks throughout the United States, the Caribbean, Latin America, Europe and Israel.

Released in the U.S. in August by Alice James Books, “No Ruined Stone” is a novel-in-verse that offers a speculative account of a segment from the life of well-known Scottish poet Robert Burns. In 1786, Burns arranged to migrate to Jamaica to work on a slave plantation as a “bookkeeper” — a job in which he would have overseen the work of enslaved Africans. However, largely due to the huge success of his book of poems published that same year, Burns decided not to make the move.

Voiced primarily by a fictive Burns in Jamaica and his fictional granddaughter, a 19th-century woman born into slavery in Jamaica who migrates to Scotland and passes for white, “No Ruined Stone” explores the question “What would have happened had Burns gone?” while also examining the historical relationship between Scotland and Jamaica.

McCallum’s poems have been translated into Spanish, Italian, French, Romanian, Dutch and Turkish and have been set to music by composers Marta Gentilucci and Gity Razaz.

Earlier this year, McCallum received the prestigious silver Musgrave Medal from the Institute of Jamaica. Similar to the United States’ Presidential Medal of Freedom, the award honors Jamaicans who demonstrate excellence in the fields of literature, arts and science. Established in 1889, it is the oldest award of its kind to be awarded in the Western Hemisphere. According to a release from the Institute of Jamaica announcing this year’s awardees, McCallum was selected for “extensive high-quality work in relation to her numerous collections and accolades, as well as being a nurturer of Jamaican talent.”

In addition to the Musgrave Medal, McCallum has received the OCM Bocas Prize for Caribbean Literature for her book, “Madwoman”; a Witter Bynner Fellowship from the Library of Congress; a Poetry Fellowship from the National Endowment for the Arts; the Oran Robert Perry Burke Award for Nonfiction; and the Agnes Lynch Starrett Prize for her first book, “The Water Between Us.”

An annual faculty honor established in 2008, the Penn State Laureate is a full-time faculty member in the arts or humanities who is assigned half time for one academic year to bring greater visibility to the arts, humanities and the University, as well as to their own work.

During her tenure as laureate, McCallum will conduct writing workshops and make numerous speaking engagements throughout Pennsylvania and elsewhere. She also will showcase the works of other Pennsylvania poets throughout her tenure during “Poetry Moment,” a weekly segment airing Mondays on WPSU Radio that also is available for downloading on the station’s website.