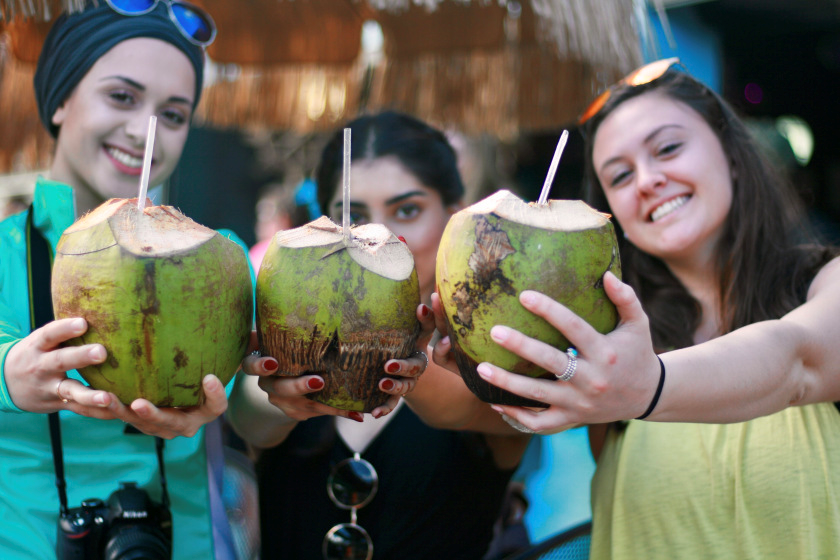 Penn State Lehigh Valley students on a Puerto Rico Spring Break trip visited and hiked in the El Yunque National Forest. Students were able to cut their carbon footprint on this trip by drinking from coconuts instead of plastic cups.

CENTER VALLEY, Pa. — Global experiences are viewed as an integral part of a student's college journey at Penn State Lehigh Valley. Some students recently spent their spring break on short-term study-abroad trips, to Ireland where they had the chance to present their undergraduate research; to Puerto Rico where they looked at coffee production as a model for sustainability; and to Spain where they explored the local culture and visited museums. 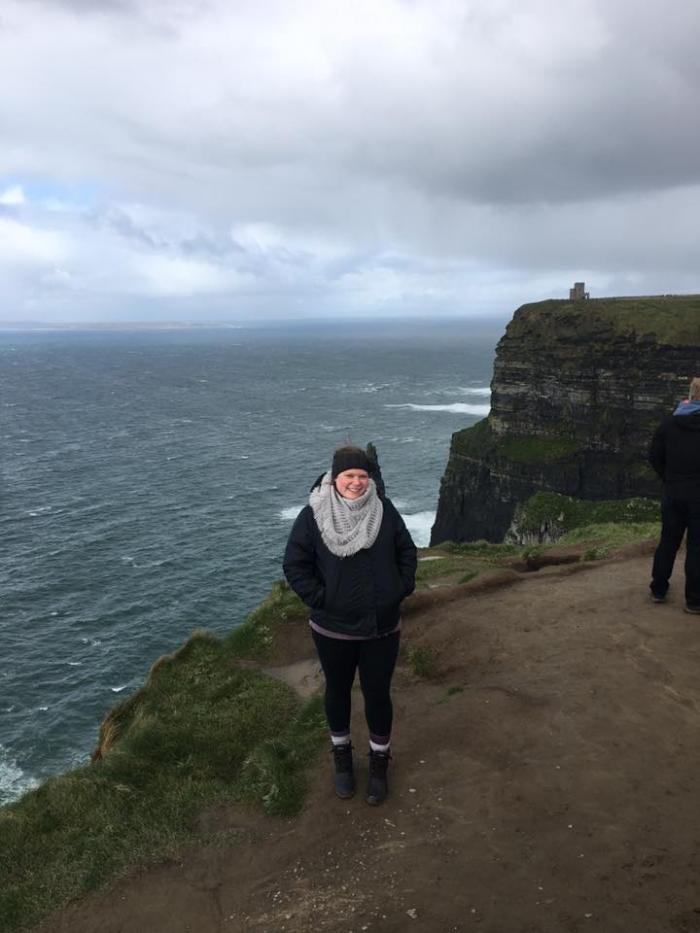 Carla Ledva, a senior majoring in both psychology and rehabilitation and human services at Penn State Lehigh Valley, posed near the Cliffs of Moher while in Ireland over Spring Break.

Besides visiting popular destinations such as Trinity College Library, the Cliffs of Moher, and Newgrange, the students also got to meet University of Limerick students who they had interacted with in previous weeks over Yammer. They participated in the “Building Bridges Between Backyards: Cross-National Education to Facilitate Community Psychology Research and Action” conference at University of Limerick, which was a partnership years in the making.

The idea had been shaping up for years before David Livert, associate professor of psychology at Penn State Lehigh Valley, and Ronni Greenwood, lecturer in the psychology department at the University of Limerick, finally asked the question: Why not bring students from both universities together to share research focused on community psychology?

And that is just what they did. In 2014, the two ran a pilot program in Limerick, which planted the seeds of the importance of collaboration between two prodigious research universities by developing concurrent courses offering the same text and assignments for a group of students. Over spring break in 2014, the PSU-LV students traveled to Ireland and met with the students at the University of Limerick and develop shared bonds around the subject. But that was just the beginning.

This year, Livert and Greenwood have upped the stakes in this endeavor by not only connecting their two courses again, but by developing and organizing an international conference, “Building Bridges Between Backyards: Cross-National Education to Facilitate Community Psychology Research and Action.” With funding support from the Society for Community Research and Action, the conference featured Maria João Vargas-Moniz from the ISPA Instituto Universitário in Lisbon, Portugal, as the keynote speaker. Vargas-Moniz discussed the importance of community psychology, a branch of psychology focused on the relationships of individuals to their communities by empowering them in order to promote positive change.

Greenwood has been the bridge for Penn State Lehigh Valley to the University of Limerick. Her graduate-level community psychology course has, as she states, “opened the eyes of students” who seemed intent on working as clinical psychologists once they graduate. Now their perspectives have changed as they consider the intersections between theoretical psychology and community-based engagement.

“Ireland is a tiny country surrounded by water. The University of Limerick is focused on how to internationalize and create links to other countries,” said Greenwood. “I hope my students and David’s students, too, take away an appreciation for context, for ecology, appreciate the strength and capacities of people who are in marginalized groups and do their work to empower and embolden people.”

Livert has worked diligently to operationalize this collaborative effort. His Penn State Lehigh Valley undergraduate advanced-psychology course introduces students to this engagement scholarship and encourages them to expand their thinking about the ecological nature of psychological phenomena and the importance of community-based research and action.  Together, the students in the U.S. and Ireland are looking at their own backyards and identifying and studying the issues that affect their communities and the ways to address and resolve these problems. Some of these issues included seniors living alone with dementia; hunger; overdoses from opioids; and bullying of adolescents with mental health issues. 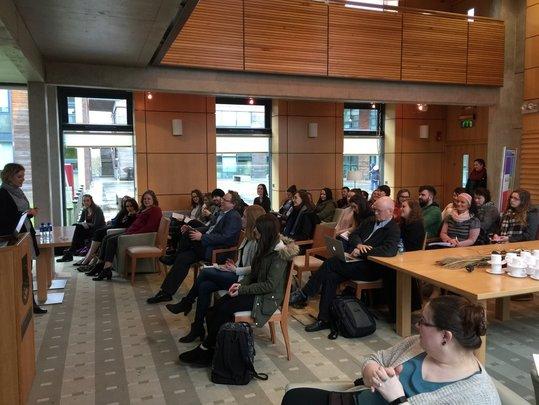 Students on the Ireland Spring Break trip participated in "The Building Bridges Between Backyards" conference held at the University of Limerick. The keynote speech was given by Maria João Vargas-Moniz, Ph.D., from the ISPA Intituto Universitário in Lisbon, Portugal.

“The idea behind the conference is to have students in parallel both in Ireland and in the United States engage in the community psychology project … for our conference, student teams on both sides of the Atlantic identified a problem in their back yard — in the Lehigh Valley, in the Limerick area — focused on it, defined it, understood it and gave it an ecological analysis, which means they looked at all of the influences on something that might be considered very individual. Students packed up their posters and we joined together on March 7 to have a presentation of our projects alongside Irish students,” said Livert.

The conference provided an opportunity for them to not only learn from each other, but from those in the community as well.

“Although we are different in many respects, we discovered that we have a lot of problems in our own backyards that are the same,” said Jenifer Finnerty, a Penn State Lehigh Valley student majoring in psychology, and one of Livert’s students.

The conference was a chance to continue to build and develop the international relationships between these two universities, their faculty and their students. Rachel Manning, from the University of Limerick who helped to coordinate the conference — and someone who has been involved in the partnership since its inception — is hopeful about the future of community psychology. Indeed, if this conference is any indication, that future is very bright.

“This trip was absolutely one of the best experiences of my life. Having the opportunity to travel to a different country and learn so much both academically and culturally was invaluable. It's made me a more well-rounded person and want to travel even more in the future,” said Carla Ledva, a senior majoring in both psychology and rehabilitation and human services at Penn State Lehigh Valley.

Puerto Rico: A study in sustainability

The students traveled with Maung K. Min, director of business programs; Karen Kackley, instructor in biology, and Ana Serrano, instructor in Spanish, all from Penn State Lehigh Valley. They developed the new interdisciplinary sustainability course together that provided a holistic focus on sustainability. This trip provided the opportunity for students to see how Puerto Rico is working towards incorporating sustainability practices.

The trip was a requirement for the course. The students had daily assignments, within the Puerto Rico context, in the areas of: water; carbon footprint; biodiversity; labor; ethical marketing; and sustainable sourcing. A blog, set up by Instructional Designer Eileen Grodziak, features assignments from the students during their time in Puerto Rico.

Highlights of the trip included the following: 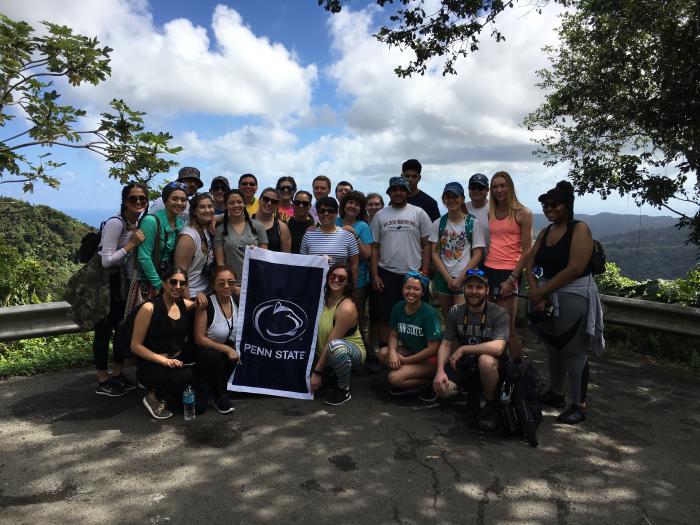 The Penn State Lehigh Valley group of students and faculty who traveled to Puerto Rico over Spring Break stopped at a lookout before heading into El Yunque National Forest.

“We looked at coffee as a model for sustainability," said Kackley. "On the trip, we visited a few campuses of the University of Puerto Rico, including one located in the mountains where they are doing research on organic shade-grown coffee. If you have shade-grown coffee, with the trees and birds and environment around it, it is more sustainable and will produce a higher quality of coffee."

“Puerto Rico is a unique island, distinct with its own culture and yet part of the U.S. Our students were able to experience a glimpse of Mundo Latino without the complication of foreign travel,” added Min.

As a native of Puerto Rico, Serrano said she was especially pleased with the trip: “Hopefully, I was able to provide insight on island culture to our students.”

Min and Kackley also presented a lecture series on sustainability in education and sustainability in corporation to their students along with 50 UPR students. Serrano presented the course description, which generated enthusiasm and curiosity because of its interdisciplinary nature. PSU-LV students also provided a presentation on student life and experience. Partnering with PSU-LV was Jorge Ortiz, director of department of environmental sciences, Rio Piedras campus, and his staff. Ortiz hosted the PSU-LV group.

While visiting the University of Puerto Rico Rio Piedras, the group toured their labs, which are looking at biofuels, and learned about how the researchers are moving Puerto Rico toward a green future. Then while touring the University of Puerto Rico Utuado, the students got to see how they are trying to advance Puerto Rico in sustainable agriculture, which includes teaching the local farmers how to farm in a more sustainable way while increasing the quality of their products. Eladio Gonzales, director of the department of agricultural technology, and his staff hosted the team.

Mary Ann Lucking, one of the founders of CORALations, then hosted the group for a tour of the island of Culebra. CORALations is an award-winning coral conservation organization that is committed to preserving as much of the healthy coral-reef ecosystem as is possible. The organization focuses on facilitating mooring buoy placement and maintenance programs, as well as assisting local government agencies in establishing successful marine fishery reserves. Lucking’s tour showed the Penn State Lehigh Valley students what the people of Puerto Rico and the surrounding islands are doing to protect their islands' biodiversity while increasing their main industry, which is tourism.

“The trip to Puerto Rico changed the way that I look at how people can be sustainable with the little things in life,” said Georgia Pump, supply chain student at Penn State Lehigh Valley. “All of the Earth's resources are precious and I think that it's necessary for everyone to take a step back and reevaluate how we use the resources around us.”

Upon return the students, grouped in six teams, will be providing their final presentations on March 22 and 29.

This tour served as a pilot for potential future trips. Given its success Penn State Lehigh Valley will endeavor to make the trip an annual affair. Based on mutual interest for collaboration both PSU-LV and UPR will be entering discussions to foster and formalize this partnership. 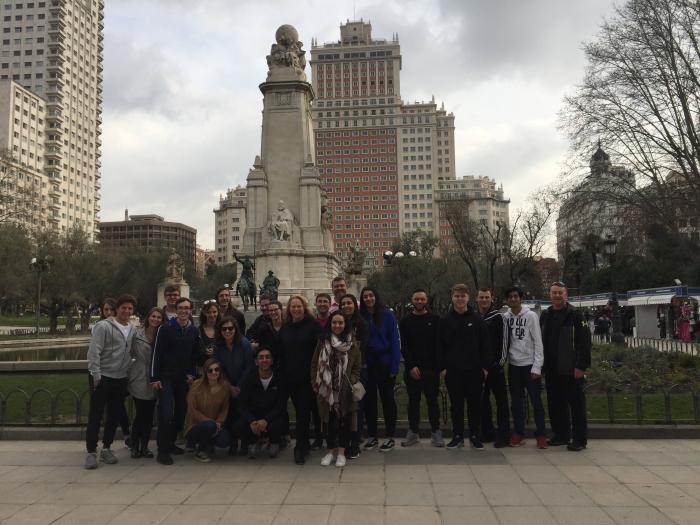 The group visited Madrid, Toledo and Barcelona during their week-long visit. They explored the cities, their cultures, art, food and history.

"I just fell in love with Barcelona. That city was so full of life, art and culture, like when we walked through Park Güell and saw a light show on top of Casa Milà at night. To see the union of old and new in the architecture and art was incredible, as was the food,” said Elise Yardley, a junior corporate communication major and business minor at Penn State Lehigh Valley.

While students were sightseeing and visiting museums they were also collecting information and footage for their study abroad projects. They each researched a Spanish artist ahead of time and then planned a visit to see the artist's work on display in Spain. 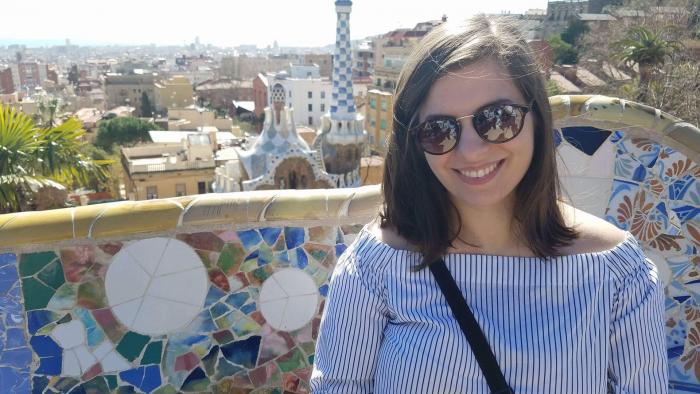 Elise Yardley, a junior corporate communication major and business minor at Penn State Lehigh Valley, enjoyed the view at Park Guell in Barcelona while on Spring Break in Spain.

"My favorite part of the trip was visiting Gaudi Park and the Sagrada Familia. Witnessing Gaudi's creations was breathtaking and unbelievable. He was truly one of the greatest architects in the world and to see his impact on Barcelona was wonderful,” said Omar Ramin, a first-year finance major at Penn State Lehigh Valley. “This short-term study-abroad trip really impacted me because it allowed me to see the impact art can have on a country or even on a person, and it enhanced my education, especially for my art history course.” 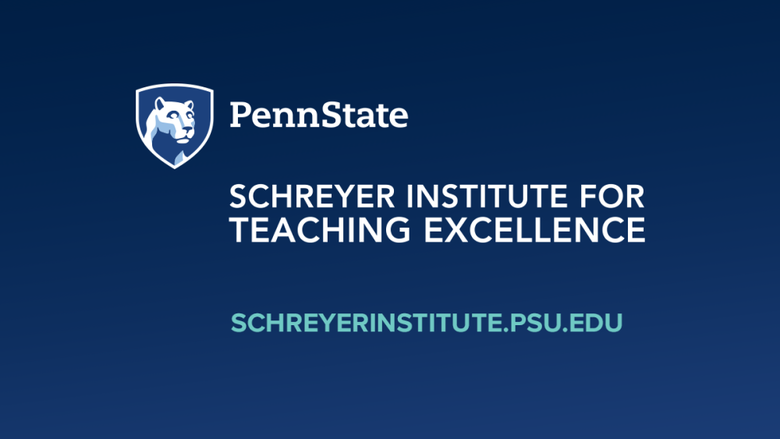