Phillips, of Allentown, began his career with Penn State Lehigh Valley in 1985 at the Fogelsville campus. As head librarian, he was responsible for providing library services to students, faculty and the community. Much of his early work centered around course-related library activities in support of faculty classroom instruction. He was in charge of collection development, reference services, program planning and budgeting, and staff supervision. Phillips worked with architect Howard Kulp in designing the library when the campus moved from Fogelsville to Center Valley in 2009.

Phillips graduated from Rider University, where he was on a full tennis scholarship, with a degree in English. He then went on to the University at Albany, SUNY for graduate work in library science.

Previously, Phillips was a reference librarian at William Patterson College for three years. He was also the assistant library director at Muhlenberg College. After ten years, he made his transition to Penn State Lehigh Valley.

Not only was Phillips the head librarian, but he was also involved in many clubs and sports throughout his years at Penn State Lehigh Valley. Phillips was the head coach of the co-ed tennis team in Fogelsville, as well as the head coach of the tennis team at the Center Valley campus. While in Fogelsville, Phillips taught several kinesiology courses each year by sharing his passion and playing experience with tennis. Recently, Phillips worked with veterans, students and the Multimedia Innovation Center on the Vietnam Oral History Project. He is hoping the results of this project will eventually be added to one of the archives collections at the Library of Congress. Phillips was also club adviser for the Car Club and Table Tennis Club.

“I credit my library staff for a lot of my success. They gave me unique opportunities not typically available to academic librarians. Besides being a part of the strong library team, I was individually able to pursue my interest in tennis on several levels by teaching, coaching and writing about the sport I cherish,” said Phillips.

His research took him to Europe, Australia, Canada and many parts of the United States while writing three books on tennis and one about golfing retirement communities in the Southeast.

Looking back, Phillips said his most rewarding work at Penn State Lehigh Valley was making an impact on his students.

"To me, impacting students in a positive way is what it's all about. I try to make a difference in the lives of every student I meet. Some of my favorite memories involve students. I've worked with them academically and athletically and watched them mature over time," said Phillips.

Phillips has enjoyed watching technology change over three decades. When he started in 1985, technology was just beginning to have an impact on the library.

“A big part of my job was to teach library users how to find information using a primitive electronic card catalog. At the time, online database searching did not exist as we know it today. Back then a student had to make an appointment with a librarian and watch as a database search was performed for them. Today, students search electronic library resources on their own from a variety of sources in search of relevant information on their topics,” said Phillips. 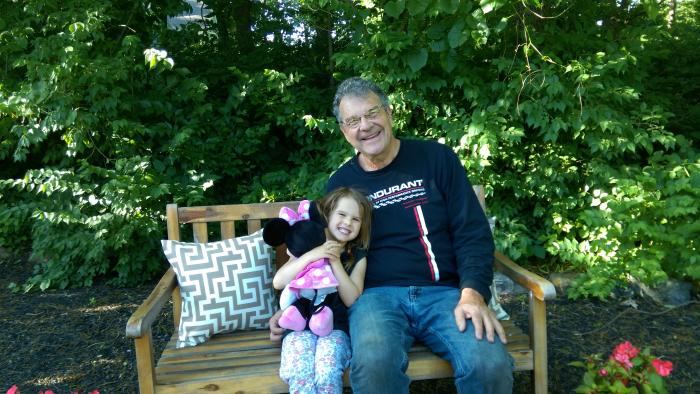 Phillips enjoying a visit with his youngest granddaughter, Elsa, in the backyard of his home in Allentown.

When asked about the future, Phillips said he is looking forward to spending more time with his wife, four children and five grandchildren. He also plans to pursue in greater depth some of his personal interests including cycling, craft beer, corvettes, the Jersey Shore, and music. He is even thinking about writing another book, which will combine his interests in cars and music.

“Penn State has been a huge part of my life. I wouldn’t trade the experiences, friendships, and professional associations I’ve had here for anything else,” said Phillips. 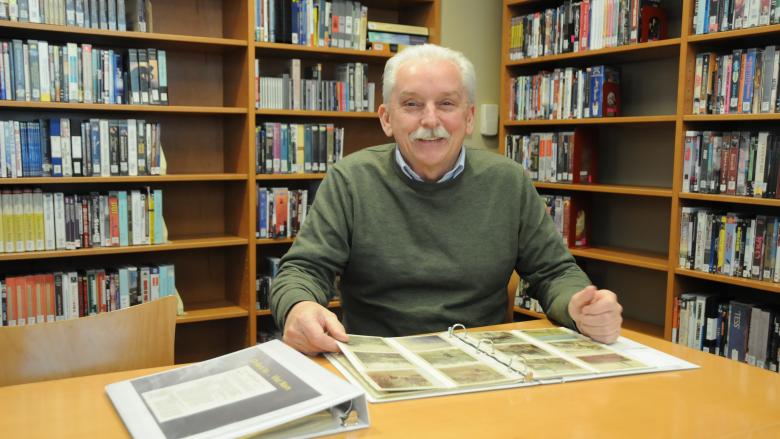