An update on the latest activities of the Penn State Lehigh Valley (PSU-LV) men's soccer and women's volleyball teams:

The No. 4 seed in the East, Penn State Lehigh Valley women's volleyball team closed its season with a 3-0 loss to No. 1 seed in the East Penn State Brandywine on Oct. 24 in Media. Set scores were 25-11, 25-14 and 25-14. Ebony Sanders led Lehigh Valley with seven kills. PSU-LV under first-year head coach, Tim Lutterschmidt, will graduate just one senior, Natasha Leon, and look to make a strong run in the 2019 season. 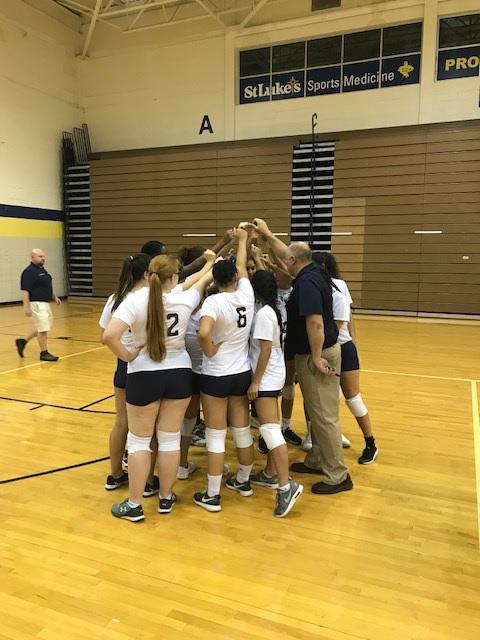 #6 men's soccer falls to #3 Penn State New Kensington in the 1st round of the PSUAC playoffs, 3-1

The Penn State Lehigh Valley men's soccer team ended their season with a 3-1 loss to No. 3 Penn State New Kensington in the first round of the PSUAC Playoffs Oct. 24 in Western Pennsylvania.  CJ Semet scored the lone goal for Lehigh Valley, which was assisted by Majed Salama. Goalie, Trevor Rockwell, made seven saves in the loss. PSU-LV was the No. 6 seed and made playoffs for the first time in program history under second-year head coach, Abe Mamari.