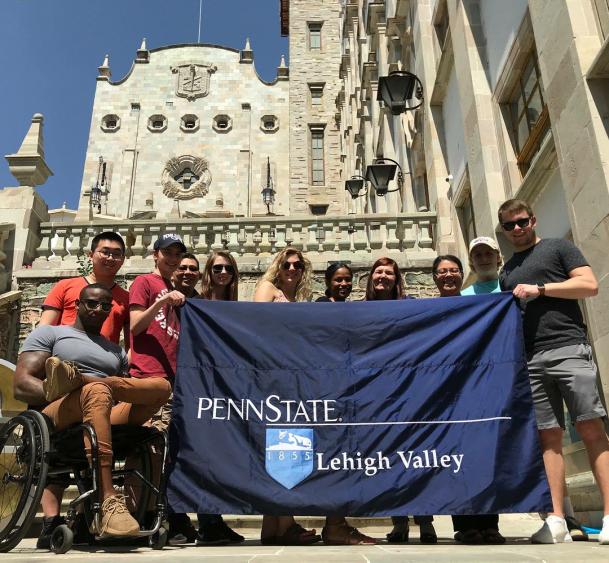 This spring break eight PSU-LV and other Penn State students, traveled together to Guanajuato, Mexico as part of a short-term study abroad program.In 2017, PSU University College signed a Memorandum of Understanding (MOU) with University of Guanajuato (UG) that included facilitation of short-term programs for students. PSU-LV serves as the primary liaison between Penn State and UG for embedded study abroad trips.

CENTER VALLEY, Pa. — Global experiences are viewed as an important part of a college student’s journey at Penn State Lehigh Valley (PSU-LV). About 40 PSU-LV students had global educational experiences during spring break earlier this month. Along with their professors and instructors, these students got to see new parts of the world and expand their learning and understanding of course material during a short-term study abroad program. 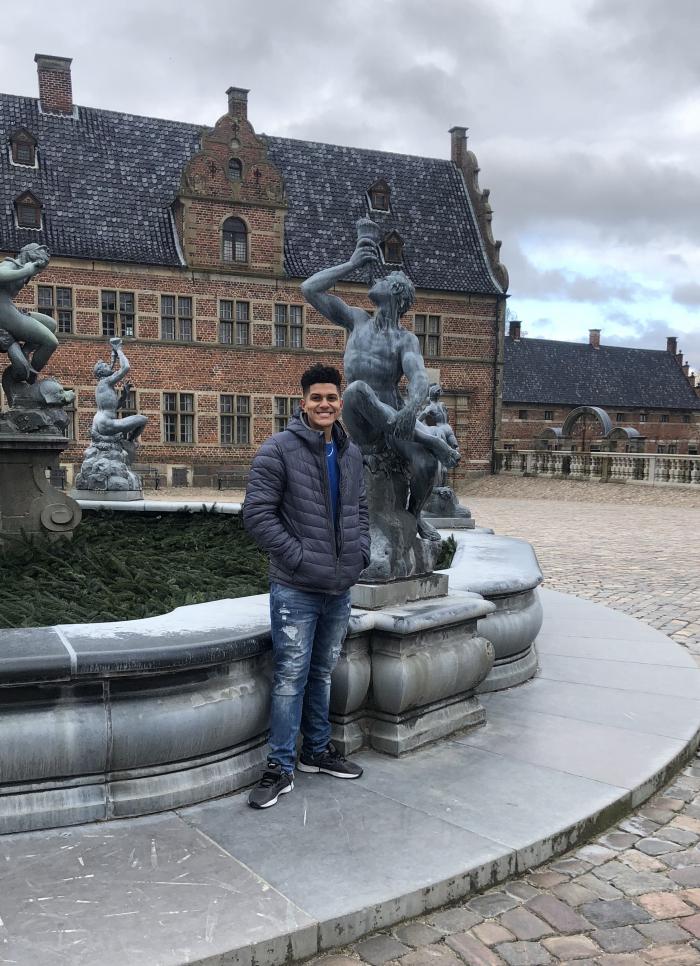 They visited local health care sites including Dementia Village in Svenborg, and the Maersk Building at the University of Copenhagen, and had a personal presentation by the Director of Denmark's Medical Association. A university of Lilleblatt trip was cancelled due to snow. Students also toured various locations including the Louisiana Museum of Modern Art where they saw Picasso's ceramic exhibit; a canal boat tour and coastal train ride to North Zealand to visit Kornberg’s and Frederiksborgs Castles; toured Christiania Village; and took a day trip to Malmo, Sweden.

“We got to visit a dementia village in Denmark, along with the University College. We also visited the Danish Medical Association and learned about their policies and customs,” said Jermaine Jones, a first-year HPA student at PSU-LV.

For adult PSU-LV student, Trisha Mukherjee, the trip was inspiring and life changing. Mukherjee is a junior currently choosing between HPA or BBH as her major.

“The highlight of the trip for me personally was attending a speech by the president of the Danish Medical Association, Andreas Rudkobing, who is the youngest president of the association to ever be elected. It was very inspiring listen to him talk about the Danish health care system.  He drove home concepts such as shortened hospital stays, less oversight and money spent on regulation, ‘free’ health care for all which is paid for through their tax dollars,” said Mukherjee. “I was inspired to pursue further research in comparative health systems and  formulated an idea for an independent study to pursue in the future because of this experience.” 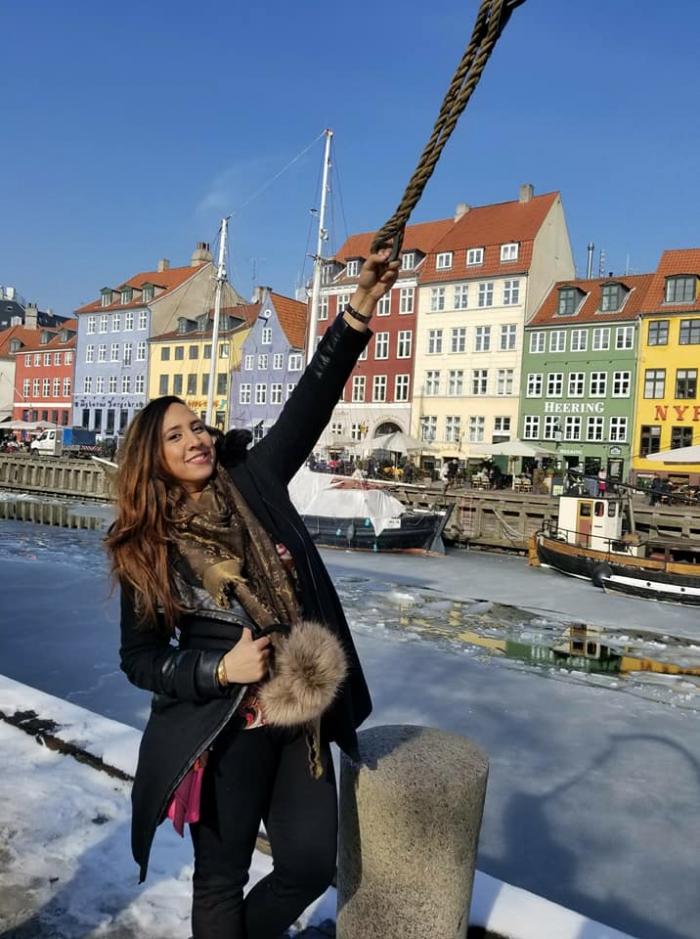 PSU-LV Junior Trisha Mukherjee said she was inspired on the trip to Denmark to pursue further research in comparative health systems.

The students were exposed to a different cultural and social norms. Students observed how active the Danish people live and how their infrastructure supports healthy behavior including bicycle riding and walking for transportation.

“The trip was a great opportunity for all of us and I think that we all gained some very memorable experiences that will stick with us for a lifetime!” said Mukherjee.

Examining intercultural communication in the Netherlands

Eight PSU-LV students traveled to the Netherlands from March 3 to 10 to examine intercultural communication (CAS471). This short-term study abroad program was coordinated by Kasey Hudak, assistant professor of corporate communication at PSU-LV, and Liz Keptner, director of the Multimedia Innovation Center at PSU-LV. 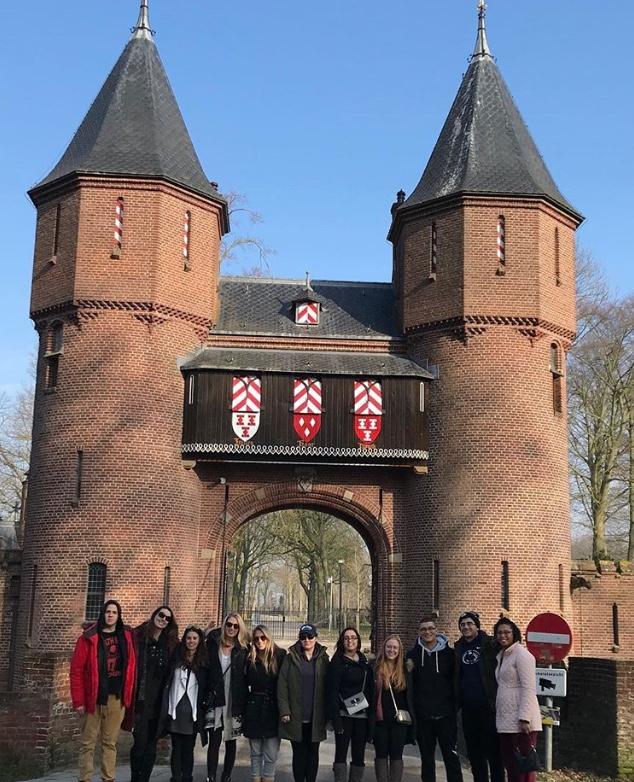 Students visited Utrecht, The Hague and Amsterdam during their short-term study abroad program to the Netherlands.

Students visited Utrecht, The Hague and Amsterdam; they experienced culture and tasted authentic cuisine, along with interviewing students from Utrecht University and the University of Amsterdam about Dutch culture. Students are now editing mini-documentaries from their trip. 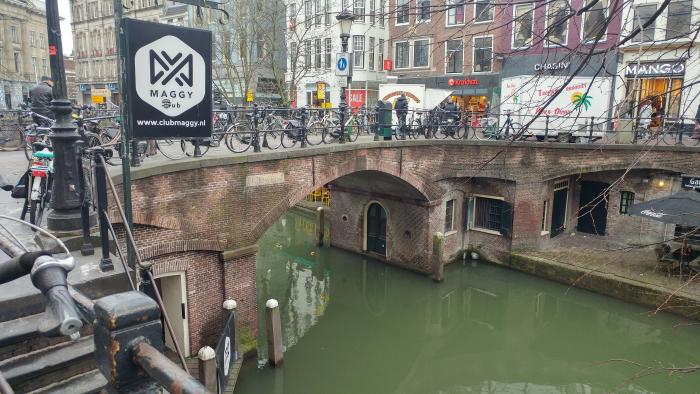 PSU-LV student Paula Pintor took a photo of a bridge in The Netherlands during spring break 2018.

Paula Pintor, senior corporate communication major at PSU-LV, enjoyed her time in the very different settings of Utrecht, which was mostly farmland and featured windmills, and Amsterdam, which was modernized and full of museums.

“I learned the Dutch culture isn't prideful... They tend to only show pride on King's Day, which is a day to celebrate the King, and on days when the national soccer team plays a match! My favorite part about the trip was getting to know some of the Dutch students at the University of Utrecht and the University of Amsterdam. I also enjoyed spending time with my teachers and classmates outside of the school setting. It was fun exploring all the Netherlands had to offer with them. During my trip, I made some connections with some of the students, and now I have a place to visit with people to catch up with,” said Pintor.

Visual studies in London and Paris

Nine PSU-LV Honors students traveled to London, England from March 2 to 4, and Paris, France from March 5 to 7 to foster a better comprehension of what cultural and situational influences may have been important in the development of artists as part of Introduction to Visual Studies (Art10H). This short-term study abroad program was coordinated by Elizabeth Flaherty, assistant teaching professor of art history, honors coordinator and arts administrations program coordinator at PSU-LV, and Todd Retzlaff, assistant professor of mathematics at PSU-LV. 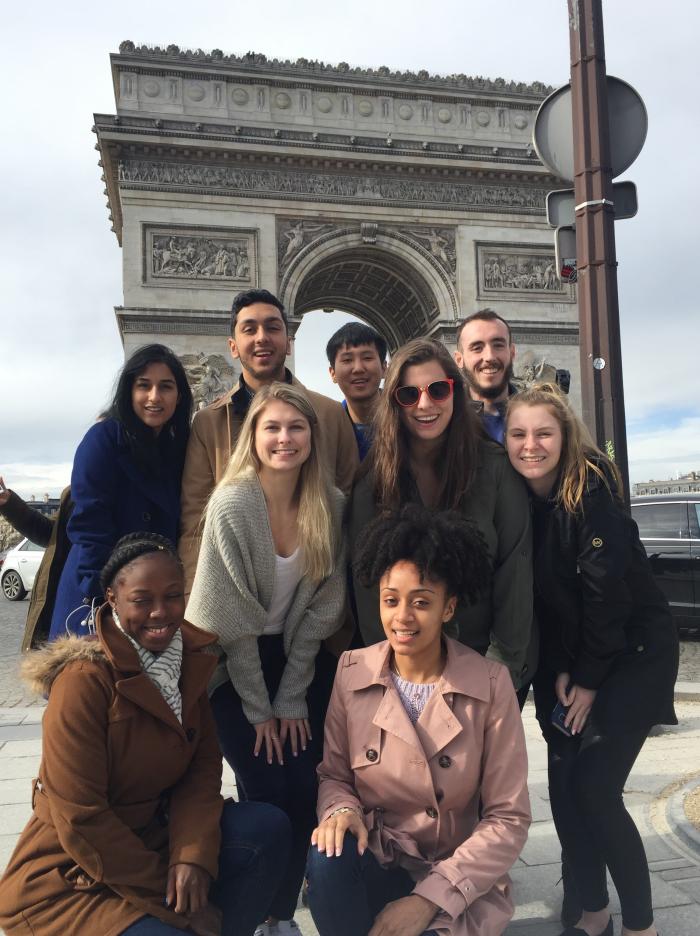 PSU-LV Honors students stand in front of the Arc De Triomphe during the Paris leg of their study abroad program over spring break.

“I feel I am more connected to the world and I love the world more than before because there are so many beautiful things in the world. Besides, I am an international student. Before this trip, I never lived with American students and spent the whole day with them. This trip also helped me to learn more about the American culture and helped me adapt more to the Penn State community,” said Leo Haoquan Liang, a first-year computer science major and Honors student at PSU-LV. “My favorite part was when I got on the second floor of the Eiffel Tower, I was deeply impressed. It was one of the most beautiful views I've ever seen in my whole life. Paris is a golden and beautiful city in the night and I love it so much.” 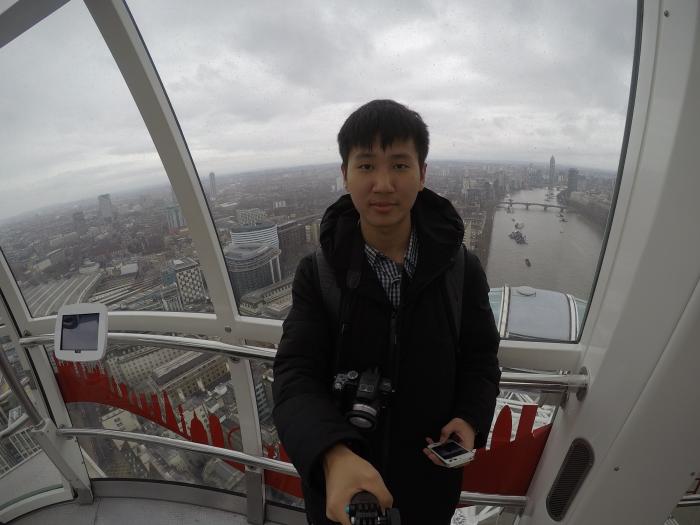 “Now that we have returned, students will utilize their newfound knowledge in a research project which will address not only important art historical information, but also a presentation in which students will be asked to reflect upon their experiences abroad and discuss how the experience informed them as a learner and individual,” said Flaherty.

Mexico: A case study in Guanajauto’s manufacturing and culture

Eight PSU-LV and other Penn State students, traveled together to Guanajuato, Mexico from March 3 to 10 to immerse themselves in Mexican culture and explore manufacturing. This short-term study abroad program was coordinated by Maung Min, director of business programs at PSU-LV and Ingrid Barradas Bribiesca from the University of Guanajuato (UG).

In 2017, PSU University College signed a Memorandum of Understanding (MOU) with University of Guanajuato (UG) that included facilitation of short-term programs for students. PSU-LV serves as the primary liaison between Penn State and UG for embedded study abroad trips.

“This trip was the beginning of our relationship. We hope to take students to Guanajuato annually,” said Min. 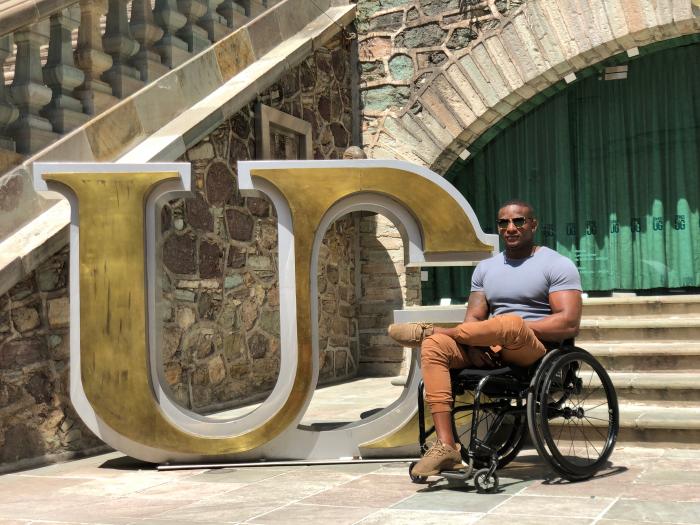 PSU-LV junior Kenneth Keitt outside of the University of Guanajuato (UG) in Mexico during spring break 2018.

“Our days were strategically planned to get a perfect mix of education and true Mexican culture. The group of eight PSU students blended naturally to create an experience to remember for a lifetime… Dr. Min worked very closely with other Mexican faculty to structure tours at Continental, women owned cooperative and other local successful small business. The best part was collaborating with the University of Guanajuato. Penn State students were required to hold conversations in Spanish and English with groups of students. This assignment forced us to step out of our comfort zone, and attempt to speak Spanish,” said Keitt.

“We were able to share PSU-LV’s state of the art teaching technologies with the staff from University of Guanajuato (UG),” said Ana Serrano, lecturer in Spanish at Penn State Lehigh Valley.

“The best part of this trip was interacting with the students who were the same ages as our group. Being able to discover our cultural differences and similarities was something that changed this trip from great to spectacular. After having such enlightening conversations, I am now able to better understand a new culture as well as my own culture,” said Hodges. 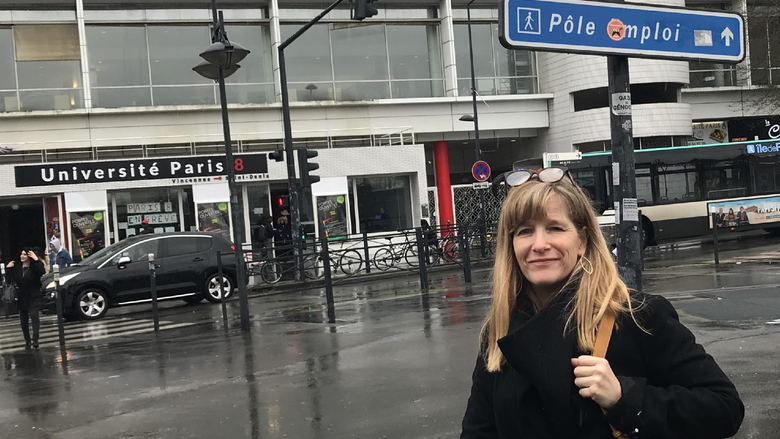 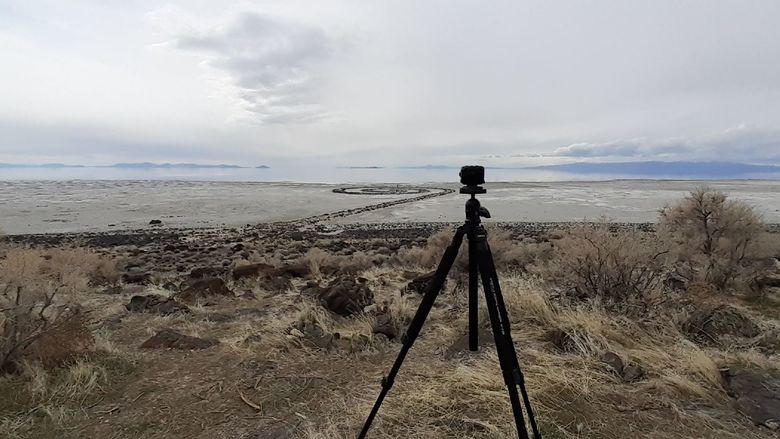 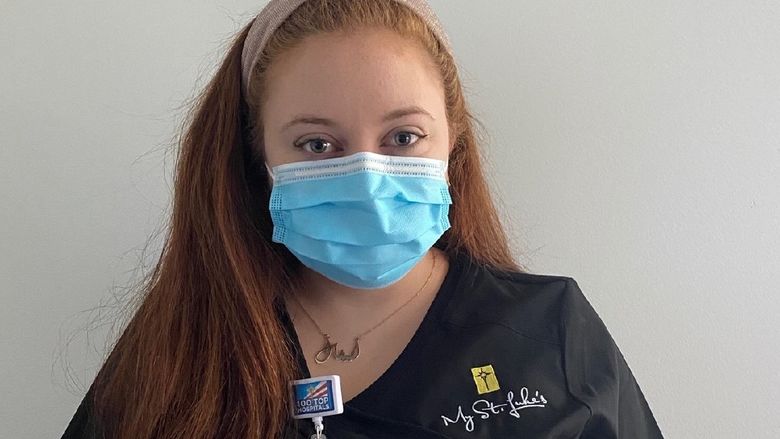 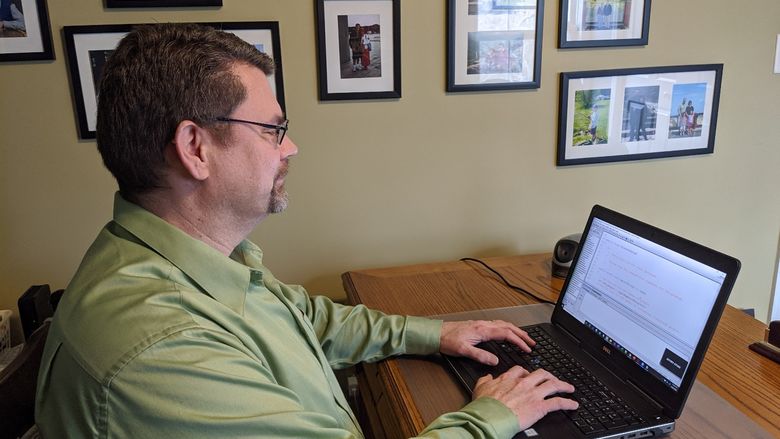 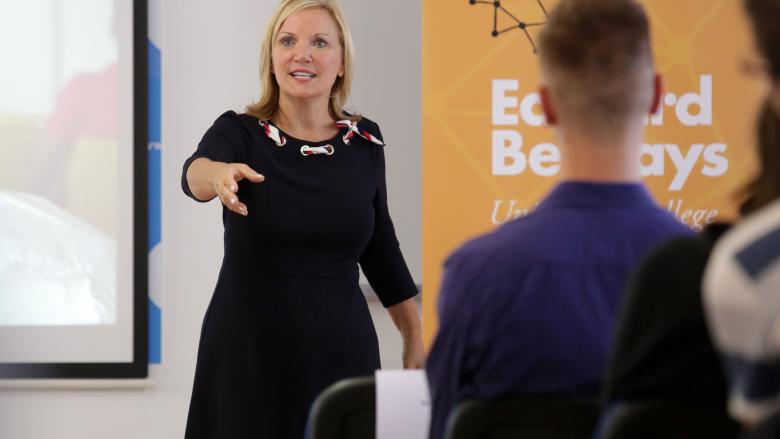 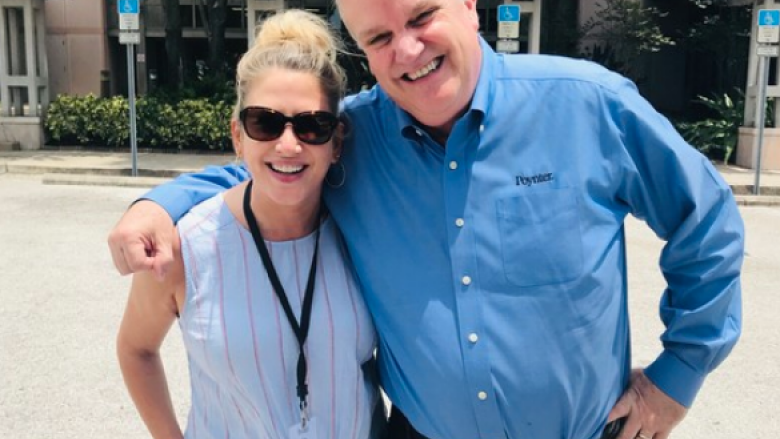