Tom Carson graduated from Penn State Lehigh Valley in 2015 with a degree in Rehabilitation and Human Services.

In a two-story building in South Bethlehem, Tom Carson is busy walking around talking to residents, meeting with staff and planning upcoming programs.

For the past year, Carson, 2015 Penn State graduate, has been the director of programs and services at Victory House, a recognized leader in providing local homeless veterans and homeless men with opportunities to transition to independent affordable housing and to begin new lives.

Carson graduated from William Allen High School in Allentown in 2003. After serving in the Air Force for eight years, Carson enrolled at Northampton Community College and earned an associate degree in criminal justice.

“I always wanted to go to Penn State, it was a goal for me. While I originally wanted to be a police officer, I realized I would prefer to be on the other side, not be the person incarcerating folks, instead I wanted to help people. That is important to me, and the Rehabilitation and Human Services (RHS) degree program at Penn State Lehigh Valley allowed me to do that.”

“I always wanted to go to Penn State, it was a goal for me. While I originally wanted to be a police officer, I realized I would prefer to be on the other side, not be the person incarcerating folks, instead I wanted to help people, Carson said. "That is important to me, and the Rehabilitation and Human Services (RHS) degree program at Penn State Lehigh Valley allowed me to do that.”

“The RHS program at Penn State Lehigh Valley allows students to pursue their interest and passion,” said Leigh Cundari, assistant teaching professor and program coordinator for RHS. “We have students working in drug and alcohol treatment, in mental health programs, in foster care, and long-term care facilities. We foster the ability to work in what is most meaningful to them.”

Carson, of Allentown, Pennsylvania, said he found the small size of the campus desirable because he got individual attention. He joined the RHS Club at Penn State Lehigh Valley. While participating in an Adopt an Apartment service project through the RHS Club, Carson found his calling.

“We were cleaning up and decorating an apartment for the Sixth Street Shelter to get it ready for a new family, and I remember one of the kids who moved in to our apartment told her mom that now she didn’t have to sleep in a drawer anymore. And that sparked an interest in me to work with people who are homeless,” Carson said.

While Carson was interning at Victory House during his senior year, the case manager left, and Carson received a job offer before graduation as her temporary replacement. He then went to work in the field at Drug and Alcohol Treatment Trends, Inc. as a case manager for veterans for about one year, before moving on to work as the first Case Manager for the Center for Excellence for Opioid Use Disorders at Treatment Trends Inc. in Allentown. When the opportunity arose to come back as the director of programs and services at Victory House, Carson jumped at the chance.

“I am motivated by the men who arrive here with nothing and we work with them to get an apartment and secure a job, reconnect with their families. It’s amazing,” Carson said.

From intern to mentor

Devon Cunningham, Penn State Lehigh Valley senior RHS major, is currently interning at Victory House under Carson. Seniors in the RHS program are required to complete a semester-long internship totaling 600 hours. These internships provide real-world experience and important connections for students. They sometimes even lead to jobs upon graduating, like it did for Carson.

Tom Carson from Victory House met with his intern, Devon Cunningham, who is a senior majoring in Rehabilitation and Human Services at Penn State Lehigh Valley.

“I was excited to hire Devon because I know her teachers. I know what she’s learned. I can see how she’s applying what she knows,” Carson said.

The situation is a win-win for Cunningham, as well. In addition to completing intake assessments, goal plans and case notes, she has gained even more from this experience.

“I enjoy working with veterans. Through this internship, I learn people’s stories and gain a city perspective working in Bethlehem,” Cunningham said. “It’s great working for Tom. We have a connection because he went through the same degree program at Penn State Lehigh Valley.”

“Tom continues to stay connected with the RHS program. He came to our holiday gathering and shared his journey with the students. He’s also our first graduate to take on an intern,” Cundari said. “Tom was a great student. He has this generosity of spirit. From the beginning, it was clear he was going to help people. As a nontraditional student, Tom's maturity and life experience made a valuable contribution to our program, and as a member of the first graduating class, he has set a high standard for future graduates.”

“Penn State Lehigh Valley helped me gain connections. My classmates are now my professional connections. I still keep in touch with Dr. Cundari and Teri Kistler, they are incredible resources for me to this day,” Carson said. “It’s important to represent your alma mater. I am proud to say I am a Penn State alumnus.” 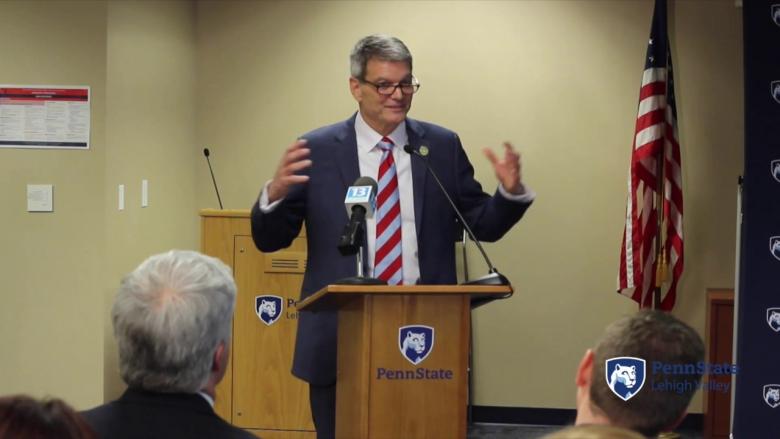 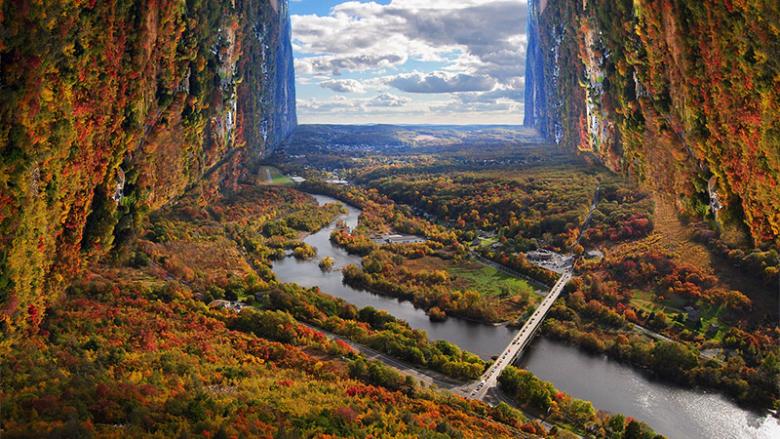